The IAG/AIG is ruled by a Constitution of which an English, French and Spanish full version can be found on the website (www.geomorph.org). Some rules, listed below,  apply specifically to the International Conference on Geomorphology:

As a consequence a number of:

Submissions of candidates have to include the official  nomination by the President of the National Scientific Member, a curriculum vitae of the candidate and an attestation by the candidate that he is willing to serve (cf. duties in the Bylaws of the Constitution!) if elected.

Offers must meet the requirements as described in the Constitution.

Existing WG’s can be extended for another term and new WG’s may be approved.

Check with the Vice-President responsible for the WG’s (xpyang@263.net.cn).

DEADLINES HAVE TO BE RESPECTED VERY STRICTLY!

All items must be sent to the Secretary General (desunil@yahoo.com), with copy to the President (). 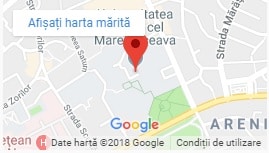